TOTAL TURNOVER OF 100 ARTISTS ON HURUN MOST SUCCESSFUL CHINESE LIVING ARTISTS 2022 WAS US$666MN, AN INCREASE OF 32% OVER LAST YEAR

83 ARTISTS SAW AN INCREASE IN SALES COMPARED TO LAST YEAR. OF THESE, 15 BROKE BACK INTO THE LIST, AND 15 MADE THE LIST FOR THE FIRST TIME. 30 DROPPED OFF THE LIST

NUMBER OF ARTISTS AGED 50 OR UNDER UP BY TO 20, THIRD YEAR IN ROW OF GROWTH

BEIJING ART CAPITAL, WITH 54 ARTISTS LIVING THERE, FOLLOWED BY SICHUAN WITH 6 AND JIANGSU WITH 5. 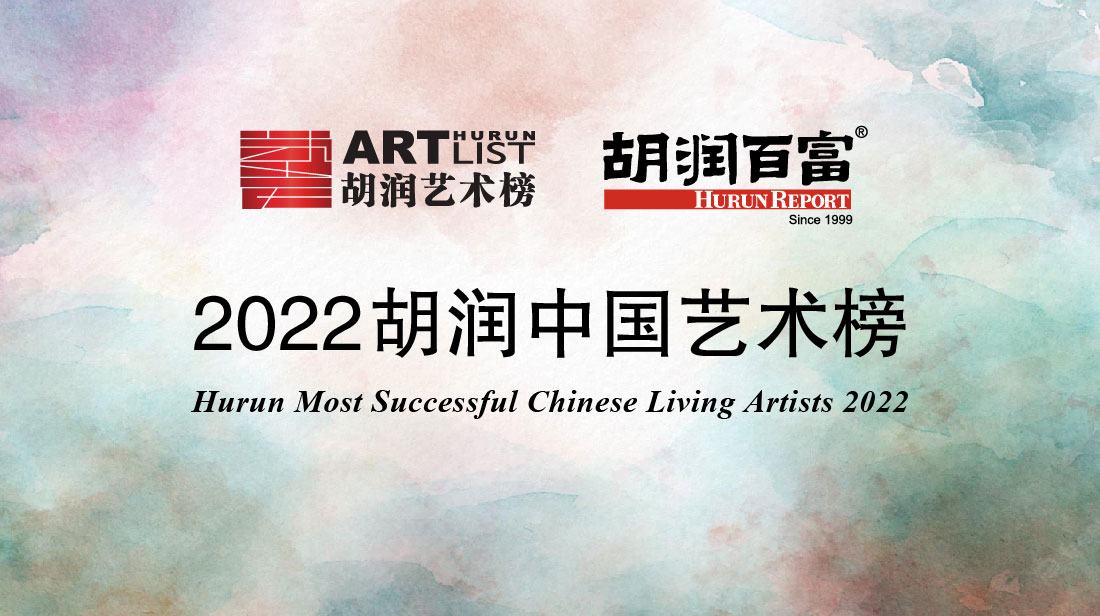 l  Cui Ruzhuo topped the Hurun China Art List for the 8th year running, this year with a total turnover of his works at public auction amounting to US$95mn, down 22% on the previous year.

l  Zeng Fanzhi, 58, maintaining the 2nd place with US$53mn. Zeng has made the Hurun China Art List for 15 consecutive years, topping it in 2014.

l  Beijing has consistently been the city where the most artists on the list were born and reside. This year, the list of artists currently living in Beijing is still ahead of other cities with 54, although 3 less than last year; Sichuan has 3 more than last year to 6, ranked 2nd; Jiangsu has 2 fewer than last year to 5, ranked 3rd; The number of people in Shanghai remains unchanged, still 5 people, tied for third with Jiangsu; The USA added 2 to 4, ranking 5th.

l  In terms of birthplace, 12 were born in Beijing, 1 less than last year; Shanghai rose to second place, with 8; Sichuan increased by 3 to tie it with Shanghai in second place; Jiangsu decreased by 5 compared with last year to 7, tied for fourth with Shandong and Chongqing.

(9 June 2022, Shanghai) The Hurun Research Institute today launched the Hurun China Art List 2022, a ranking of the Top 100 Chinese artists alive today based on the sales of their works at public auction in the year ending 31 December 2021. This is the fifteenth year of the Hurun China Art List. The report includes the Hurun Best-Selling Chinese Artists 2022, a list of the 100 best-selling artists from China. The lists were compiled from data collected by Artprice, Artron and Artpro.

Rupert Hoogewerf, Chairman and Chief Researcher of Hurun Report, said: “China officially has over 1,000 dollar billionaires. With sort of money around, expect the art market to continue to gather momentum. The Hurun China Art List is targeted at entrepreneurs and wealth owners, who don’t know where to start with art. I hope this list can be a benchmark to encourage them to collect.”

“The China Top 10 is consolidating in the eyes of collectors. The total turnover of the Hurun Top 10 Artists this year accounted for 56% of the list, compared with 50% five years ago and 45% 10 years ago.”

This is an English language summary of the full Chinese press release which can be found at www.hurun.net. Please note percentage changes of the sales totals is based on a comparison of the Chinese Yuan sales figures of this versus last year. For media inquiries please contact our public relations team whose contact details can be found at the end of this report. 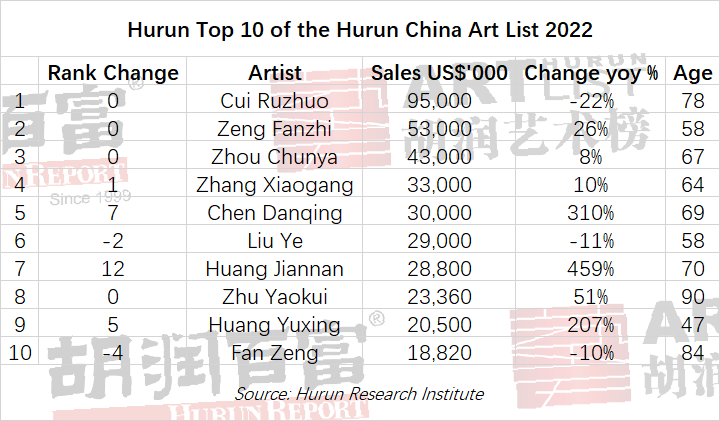 Cui Ruzhuo topped the Hurun China Art List once again with a total turnover of US$95mn. He has topped the list for eight consecutive years. Cui Ruzhuo's total turnover in 2021 decreased 22% from the previous year, but it was still nearly 80% higher than the second place turnover.

Zeng Fanzhi, 58, maintaining the 2nd with US$53mn. Zeng Fanzhi has been listed on the Hurun China Art List for 15 consecutive years, and topped the list in 2014.

The 67-year-old oil painter Zhou Chunya's turnover increased by 8% to US$43mn, maintaining the 3rd place. Zhou Chunya has been listed on the Hurun China Art List for the 15th consecutive year , and has remained in the Top 5 for five consecutive years.

Liu Ye, 58, ranked 6th with US$29mn. Liu Ye has been included in the Hurun China Art List for 15 consecutive years.

Huang Jiannan, 70, ranked 7 with US$28.8mn. Since Huang was first listed on the Hurun China Art List in 2014, he has been on the list for nine consecutive years, seven of which have been in the Top 10.

The 47-year-old oil painter Huang Yuxing's turnover increased by 207%, ranked 9th with US$20.5mn, up five places from last year. A 2019 painting of his was sold at Christie's last year for US$8.2mn. Huang is the youngest artist in the Top 10. This year is the fourth time he has entered the Hurun China Art List and the first time he entered the Top 10.

Among the Top 10 most expensive works by living artists, 7 are oil paintings and 3 are Chinese ink. Among them,3 Chinese ink were works of Cui Ruzhuo; The 7 oil paintings were by Chen Danqing, Zhang Xiaogang, Liu Ye, Leng Jun, Wang Huaiqing, Zhu Yaokui and Huang Yuxing. 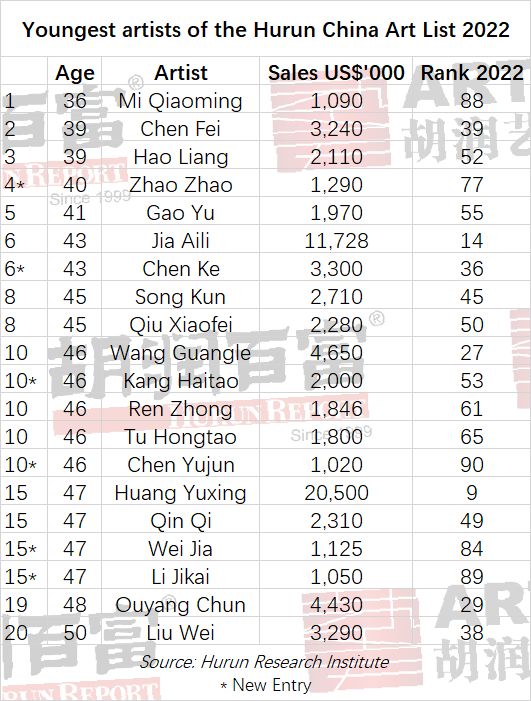 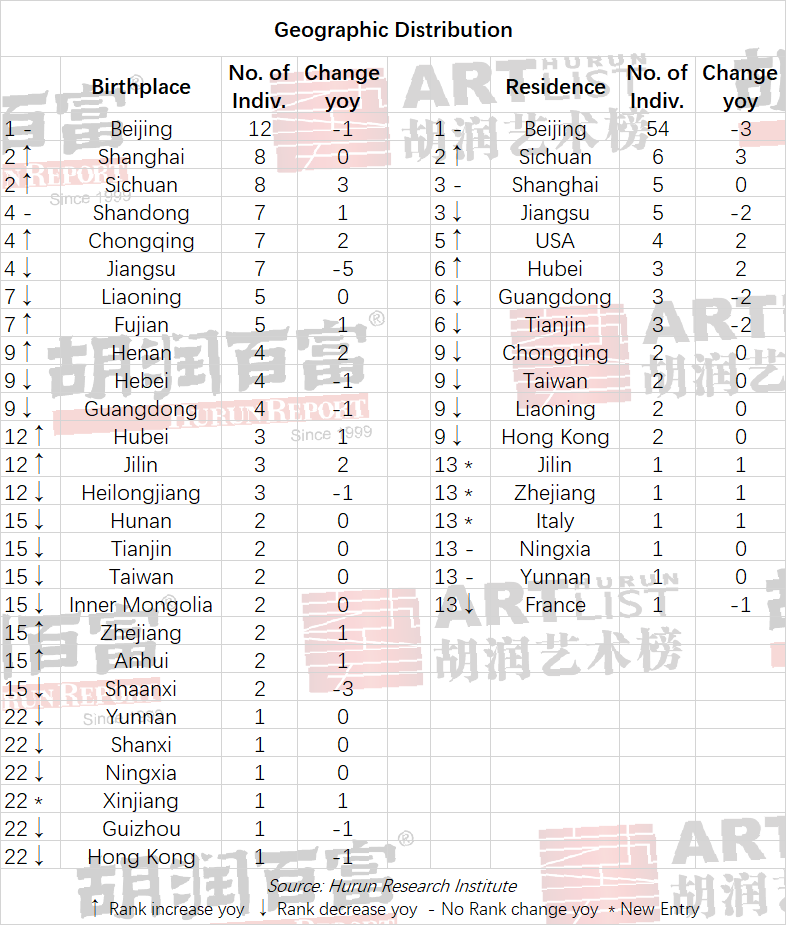 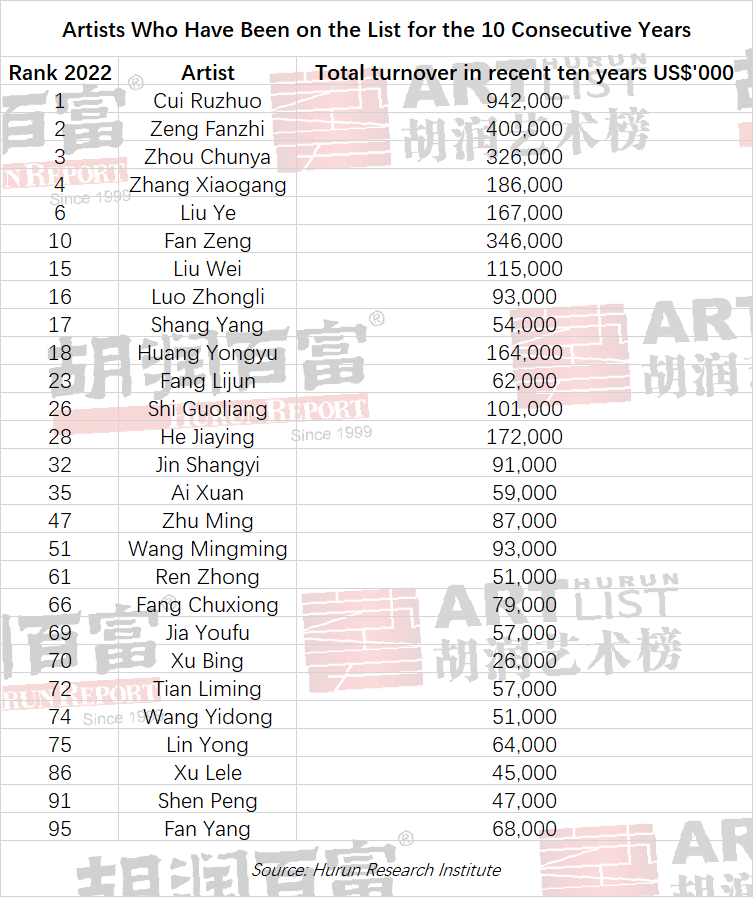 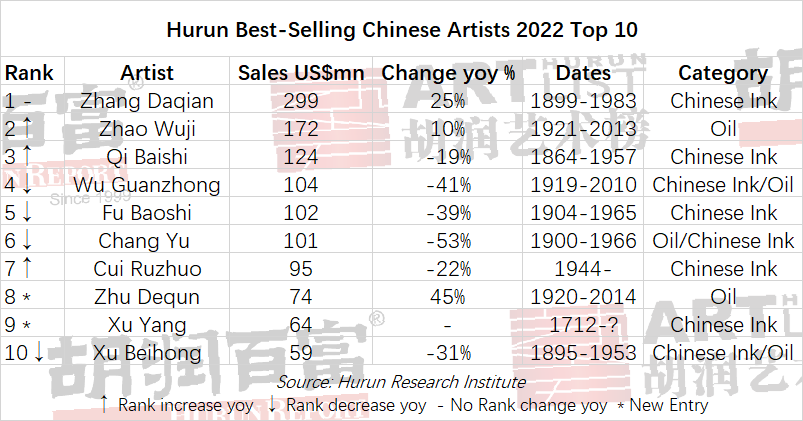 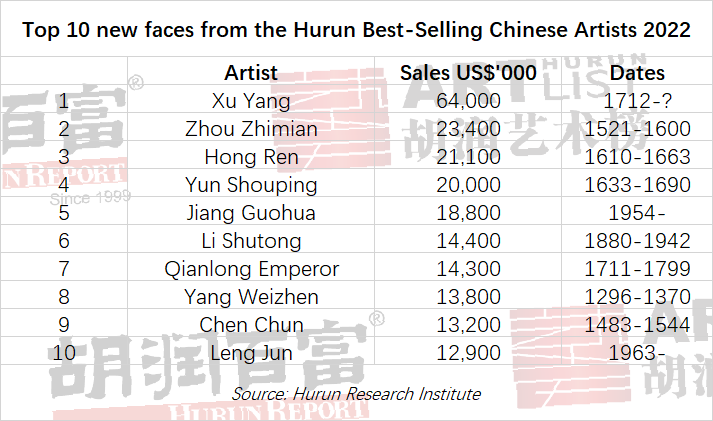 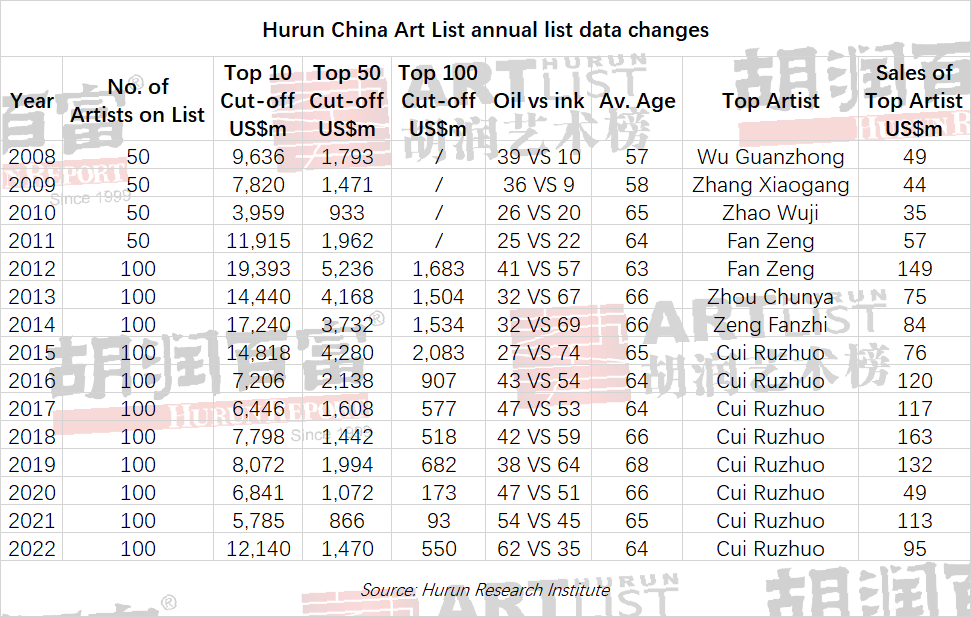 Founded in 2019, ArtPro is one of the most important global art market information and data service platforms. We connect about 1 million collectors and we major in three services: ArtPro Data, ArtPro Media and ArtPro Trading.

ArtPro Data includes price databases, artist reports, HD live screaming of global auctions, and more. The data radar covers 1,300 auction houses around the world. The transaction data is from 1983 to the present and the amount is exceeding 23 million. Around 400 thousand artists are included.

Founded in 2015, Hurun Art Foundation is a media platform which focus on Chinese contemporary art. Depending on the combination of Hurun Report and Hurun China Art List , we provide a full range of promotion channels for contemporary artists, including magazine, website and exhibitions. We have discovered that contemporary artists are the most promising ones among all types of artists in China, in terms of their active thoughts and broad vision. They also are very diligent, and they have great passion about art. We are responsible and feel obliged to build a wider platform, in order to help promote them and their outstanding works. For this purpose, we interviewed Chinese artists who are active in the United States and Switzerland; we signed long-term and strategic cooperation agreement with artists in Beijing, Shanghai, Guangzhou and Chengdu; we keep promoting one or two contemporary artists every month on Hurun Report Magazine by analyzing their works and providing some insights. Our purpose is to help the wealth elites of China to learn more about the value of Chinese contemporary art, thus we connect art and wealth.